In 1954, there was the beginning of a new era @ the Gentse Steenweg 144 in Lokeren (Belgium). Besides the -in that time- zoo a taverne with the name American was built with mainly the dance music of that time as music style. It has been a new beat disco for a time with a Dj from the UK, but that lasted just a month. After that it was a commercial club has with e.g. clouseau, def dames dope, the confetti's. At the back of the parking there was also a kart-circuit for the speed-diabolics. 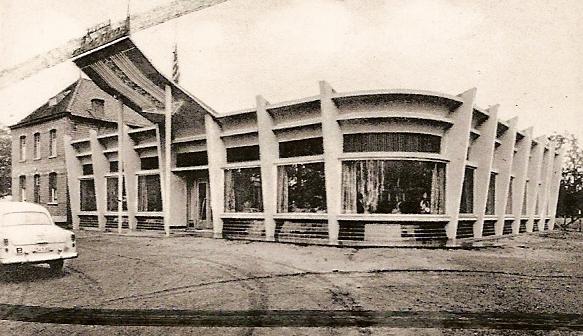 The birth of the club 'Cherry Moon' was realised by Rudy Pincé in 1991. The name came of the film of Prince from 1986 called; 'Under The Cherry Moon'. The resident dj's of service were Mike Thompson & TeeCee (also on tuesday-mornings sometimes). One could describe the music style at that moment the best as house. 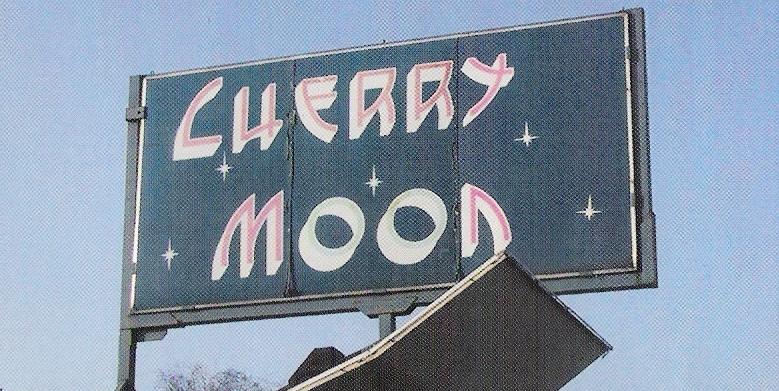 In 1992, Yves Deruyter & The Fly came to complete the Dj-team, whereupon after the departure of The Fly later on, Franky Kloeck came in his place. Acquaintance party's in that period were especially rave & oldskool veiled (Rave Explosion, Kali, Back To The Oldtimes,...).

On 23 october 1993, the sad news that Cherry Moon has to close for 3 months reached us ( Look here). This fence was however of short duration, because on 29 January 1994 this -then already legendary- club opened again. Also still in 1993 (starting 16 may), there were Soft Sundays for two months with Dj's Eric, Kevin and Henk.

Afterwards -without a doubt- the altitude days of this discotheque followed; a lot of national and international Dj's passed the revue @ party's with legendary names as: Members of Mayday, Teknoville, Kaos, Wizards of Sheeva, Taj Mahal and a lot more,... .

In 1995, the arrival of a new resident: Dj Youri Parker.
In 1997, a large metarmorfose was kept in the club, who then no longer reminds himself of the futuristic entrance ... . In the same year resident Dj's Yves Deruyter -due to disagreements with people in the club- and Franky Kloeck were dismissed, but Dave Davis passed in there place (and Youri Parker remained resident).

On 25 april 1998 a new style of music in the first 'Main hall' room was introduced: hardcore & oldskool (deal with ID&t), brought by resident Dj's Yves and Dj Youri (not to be confused with Dj Yves Deruyter and Dj Youri Parker). In the second -small- room Youri Parker then twisted the better techno and hard-trance vinyls.

However, this revival of hardcore @ Cherry Moon was of short duration and a couple months later -8 to be exactly- CM continued with the original concept of hardtrance & techno in the Main hall.

In 2000, Yves Deruyter became back resident Dj with Youri Parker & Ghost in the Main, and Cherry Moon started to relive there old times.
With party's such as: Retro, techno avenue, Blow The Speakers, Galactica, Robert Armani's legendary B-day party and many more. In the small 'foyer' room Mike Thompson and Alain Faber were the fixed residents, they ensured groovy and Uk-house music style which many people could also appreciate (Movin,...).

In April 2004 Dj Ghost was dismissed and first Dj Fire and afterwards Dj Sandy took his place. These two left later on also... .

We note also the renewal of the sound - and light-installations end of november 2005. The inside was provided with some paint and got another look. Also they started with a new concept: The New Generation, with on saturday resident Dj's in the Main; Dj Binum aka dj Vince, Fred Baker & Youri Parker, for the Solid Saturdays (hardtrance/techno) & in the foyer: Dj Restless and Dj Shine (rnb/soul/hiphop). On friday they restarted with the harder work -hardstyle/jump/french tek- with resident's Furax & Starfighter.(Furious Fridays)

However on 13 december 2005 ( Look here) reached us the bad news that the legendary club 'Cherry Moon' closes forgood, because of the decreas in visitors and because the manager (Rudy Pincé) wanted to finish in beauty. On 31 december 2005 - with a fantastic closing party - an authoritative club in the Belgian clubscene was gone... . 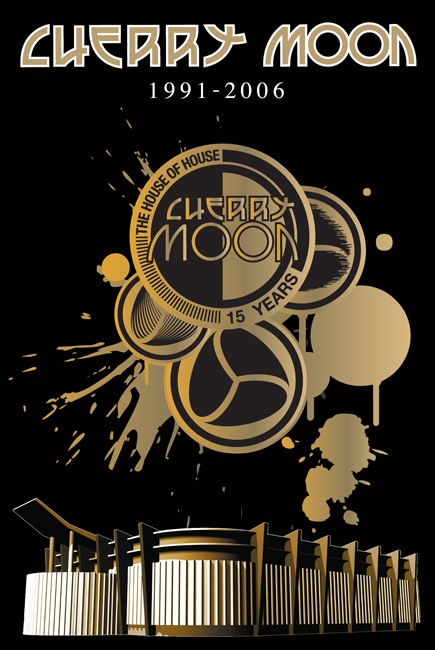 The end of a big -if not the biggest- club, but by tapes and stories THE HOUSE OF HOUSE always remains alive... .